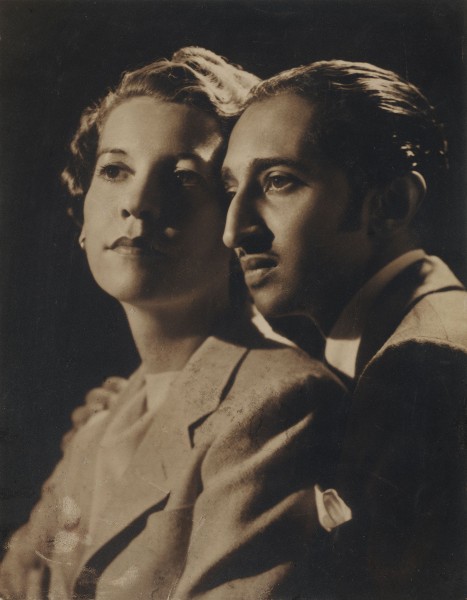 ‘The Maharaja of Indore came to the studio to be photographed, also in Western clothes – sack suits and formal evening dress. He was young, tall and very elegant. I got a substantial order from this sitting.’
Man Ray, Self Portrait, 1963

During his many visits to Europe, Yeshwant Rao Holkar II, the Maharaja of Indore, became acquainted with some of the most important artists and intellectuals that defined the arts in the period between the two World wars. Paris, in particular, was the centre of the artistic world at this time, a city booming with artists, not only French but also from different parts of the world, mainly other European countries and the United States.

Man Ray, the American modernist artist and photographer, was one of the most prominent figures of this period, having spent the 1920s and 1930s in Paris. His innovative work in photography truly revolusionised the medium, a result of a tireless desire for experimentation and pictorial sensibilities developed from his practice as a painter.

Some of the most iconic images created by Man Ray at this time were portraits, which he took of a wide range of figures, influential artists and thinkers or patrons of the arts that were at the core of the artistic avant-garde. Man Ray and the Maharaja of Indore met at this time, their fruitful artistic relation resulting in different sittings for portraits.

The present portrait of the Maharaja of Indore and his second wife Maharani Margaret Holkar is a striking and elegant Hollywood-style depiction of the couple, seen in an intimate pose with their heads close together. The bold interplay of light and shadows speaks of Man Ray’s recognisable signature style.