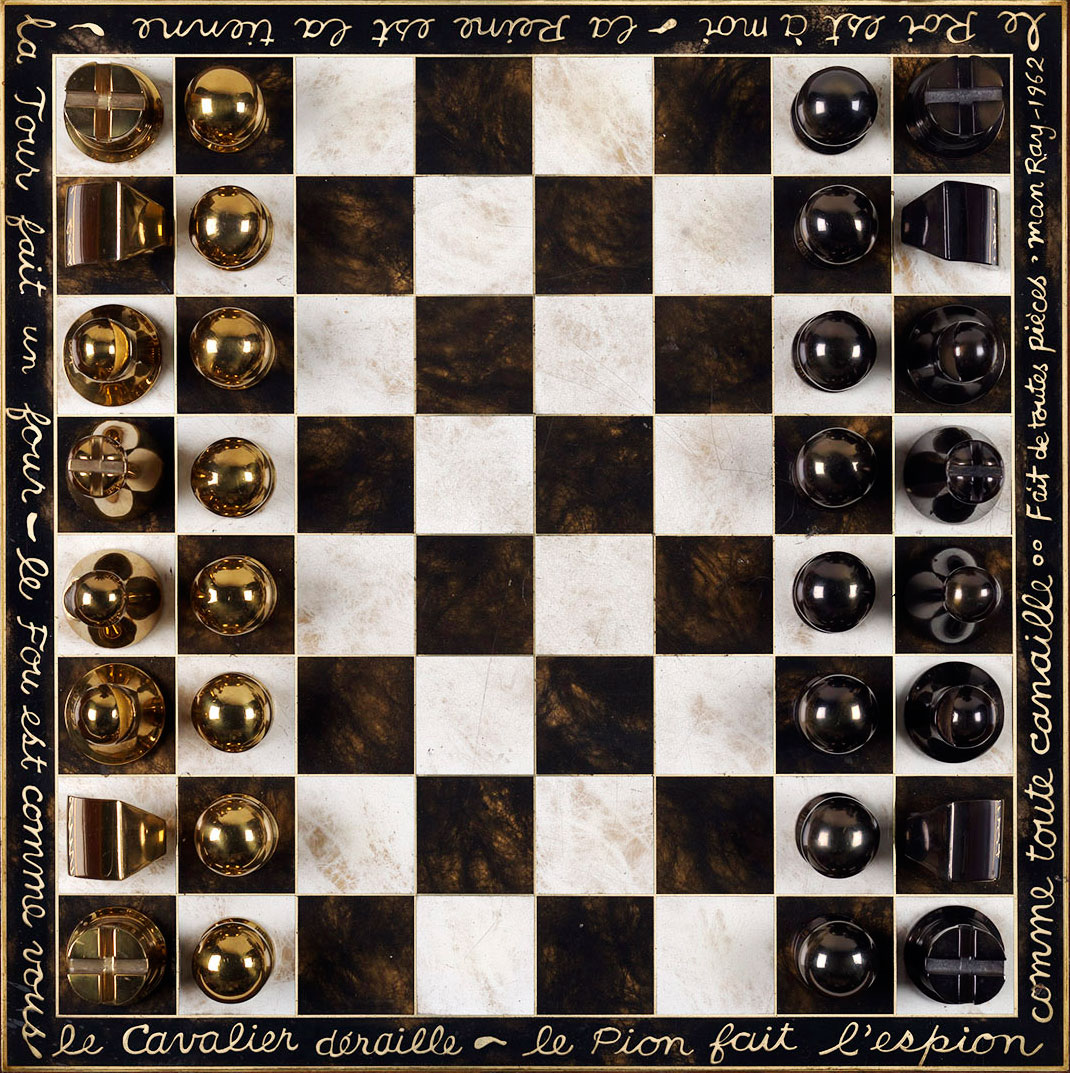 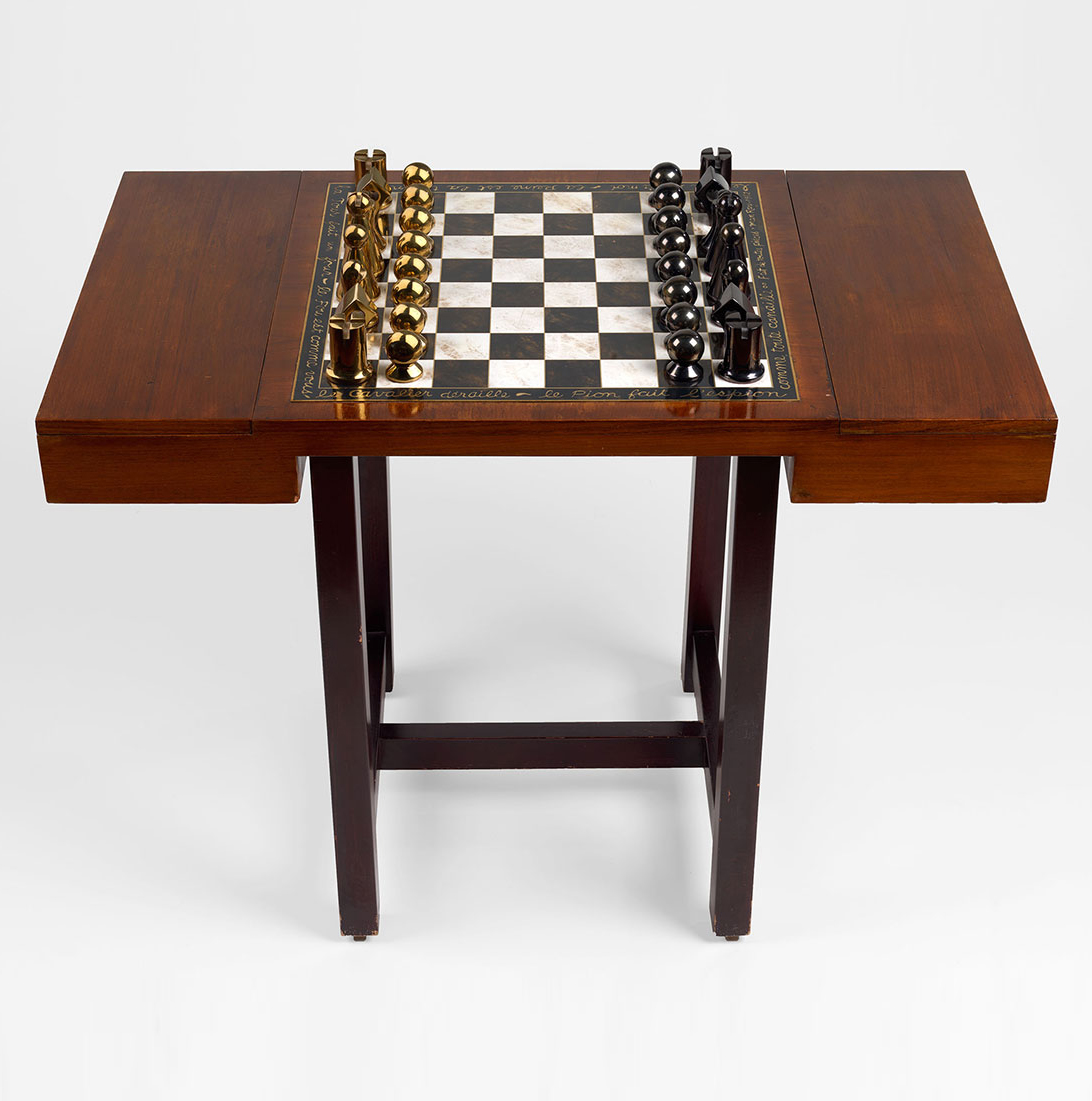 Chess Set and Table
Chess set comprising thirty-two bronze pieces, sixteen patinated in black and sixteen patinated in gold, with an enamel and metal inlay board set on a wood tabletop with lidded storage compartments for the chess pieces.
Designed in 1962 and executed between 1962 and 1966 in an edition of 50 plus 5 artist’s proofs (Marcel Zerbib, Paris).
Inscribed Man Ray and numbered 21/50 (on the white king); inlaid with the artist’s poem in French in his handwriting (around the perimeter of board).
King: height 10 cm. Tabletop: width 57.1 cm; length 99.1 cm; height 9.9 cm.
Provenance:
Personal collection of Arturo Schwarz, Milan (acquired from the artist in 1964).

The present set was likely acquired by Arturo Schwarz after a visit to the artist in Paris in October 1964,8 and Schwarz recalled that on occasion he and Man Ray used this set to play each other.9 For Schwarz, “Man Ray, like Duchamp, must have been attracted by the deeper implications of chess … a secular projection of mythical contests and sacred games.”10 Man Ray certainly remained an enthusiastic player throughout his life, perhaps more importantly he considered his sets to be “a work of art … a sculpture of many parts.”11 Originally consisting of found and reconstructed objects from the artist’s studio, Man Ray’s chess sets are eloquent expressions of the intersection between art, geometry, poetry and games.