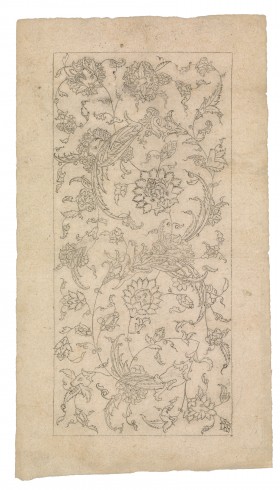 The cosmological theories of ancient India share two fundamental points: the first, as we have just seen, is the denial of the duality of creator-creature, the second is the refusal of the polarity of universe-individual. N. N. Bhattacharya argues that these theories can be grouped in three main categories. The first – which is the most ancient – assumes that the origin of the Whole (Universe) lies in a material beginning, i.e. in water, earth, fire, ether, etc.; the second finds it in an abstract principle – chaos, time, night, desire, non-existent matter, etc.; according to the third category everything is born with (but not from) a divine principle: Prajapati, Visvakarman, Brahman, etc. (1971: 2).

In the most ancient corpus of Indian thought, the Rig- Veda, we find all three hypotheses underlining the equivalence of the universe-individual. At the beginning there is, sometimes, a naturalistic principle: water (VII, 34; 2, p. 352). This will become identified with the cosmic female principle, sometimes an abstract notion such as desire (X, 129: 4, p. 633), chaos or night (X, 129: 3-4, p. 633). At other times it is identified with a divine principle such as Visvakarman (X, 81 and 82: pp. 591- 92), who personifies knowledge and universal wisdom and is masculinized, or Prajapati (X, 85: 43, p. 596) who is not able to complete his work unless helped by Vac, his feminine side.

It is in the concept of Purusha (Cosmic Being) that the interdependence of universe-individual is most clearly shown in the Rg-Veda. All aspects of the creative principle, as well as its appearances, become anthropomorphic in each part of the body: “Brahman is his mouth…Moon has been generated by his mind and Sun by his eye; Indra and Agni by his mouth and Vayu by his breath, from his navel has come out atmosphere-air, sky from his head, earth from his feet and the regions from his ear. Thus worlds were formed” (BVX, 90: 12-14, page 603).

To underline the comprehensive aspect of Purusha, the only hymn which is dedicated in the Rg-Veda (the one we quote) is made up of sixteen lines (16 is a “perfect” number, the age of Gods and in Vedic symbolism it refers to Wholeness) and it starts with these two lines: “thousand heads, thousand eyes, thousand feet Purusha has…he is everything which has already been and everything will be…” (X,90: 1,2, page 602).

The identification of the individual – the microcosmic expression of the macrocosm – with the universe is a subject often dealt with in sacred texts. The Rg-Veda, for instance, affirms that when the flames of Agni burn the corpse on the funeral pyre, each element of the body will join the element of the macrocosm with which it is one: the eye will go to the Sun, the spirit-breath to the wind, the limbs to the plants, the being to the sky, the earth and water “according to the established order” (RV, 16, 16: 3, page 540).

There is a poetic image in the myth of Krishna which perfectly expresses the identity-oneness of the macrocosmmicrocosm. Krishna’s companions accused him of eating some soil and his adoptive mother, Yasoda, asked him to spit it out. Krishna denied it and told her: ‘if you don’t believe me, look inside my mouth. She did and she saw the whole universe, the ethereal cupola, the cardinal points, the earth with its mountains, continents and oceans, wind, fire, moon, stars, the planetary system… (and so the Whole) including herself ’ (BP X, 8: 32-39, pages 1302-3).